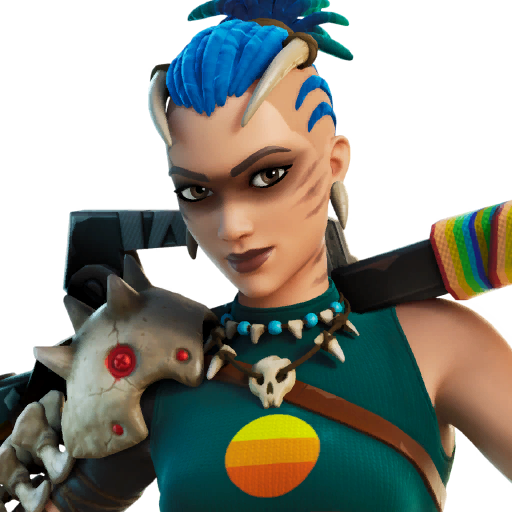 She sees visions of a long-gone world. Tarana was born with the rare ability to see visions of the island's past using its many strange artifacts. Her village can't decide whether this knowledge is a blessing... or a curse.

👕 Tarana skin is a Epic Fortnite Outfit. Is Part of the Bone Punk set.

🔰 This outfit is one of the Fortnite Battle Pass cosmetics in Chapter 2 Season 7. It was available once you have reached Tier 29.

💫 Belongs to the Enlightened skins:
Has variations and special styles that you can unlock when you get through all 100 tiers of the Battle Pass.

💎 Exclusive Tarana styles upgrades could be unlocked by completing challenges related to this costume.

How To Get Tarana Skin Fortnite